One Victim to Another: Joan Shirley Personal Experience

Between them, Pat Caristo and Joan Shirley have had their shoulders cried on more than most.

They’ve given more hugs and held more hands, literally and figuratively, through the numbing chaos that crashes in when a loved one dies suddenly, violently. And they’?re just getting started.

The two women are the heart and mind of the Resource Center for Victims of Violent Death, a relatively new nonprofit agency in Albuquerque that provides information, referrals, advocacy, support and those aforementioned shoulders to cry on for the families and friends of victims of violence, all at no charge.

We’re here to help people take that next step from grief, Shirley, victim advocate, said. We can’t take that grief away, but we can take them by the hand through what comes next.

It’s a path they have traveled for years, though each comes to it from different directions.

Caristo, executive director, has more than 15 years of law enforcement experience as a police officer and investigator. Her private investigative agency, known simply as NIA/NM, has provided background checks and other services for clients and pro bono work for families of victims of unsolved homicides and missing children for 25 years. For many of those years, she has also taught classes on investigative skills.

Her work has made her a resource for families of homicide victims, particularly those who have been involved with other groups such as the New Mexico Justice Project and the now-defunct New Mexico Survivors of Homicide.

Which is how she met Shirley. Because Shirley is the mother of a homicide victim.

Her 17-year-old son, Kevin, was one of three teenage friends gunned down May 29, 1999, on a dark Sandia Knolls road. The notorious East Mountain triple homicide case went unsolved for seven years and took an additional three more to go to trial, only to have the defendant found not guilty.

Through those years, Shirley became one of the most recognizable faces of grief and grace.

She also became a victim advocate, first with the Survivors of Homicide, then with a local funeral home. But it took time for her to get to a place emotionally where she could draw from her own pain to help others.

Thirteen years ago, I couldn’t lift a phone, I couldn’t lift my feet, said Shirley, the agency’s victim advocate. It takes so much more than living to survive murder. It’s so difficult. The justice system is hard to understand, especially because we’re at our most vulnerable. Thirteen years ago, there was someone there to help me make those calls and move forward, and now I am returning the favor for others.

Last October, Shirley and Caristo were bemoaning the loss of Survivors of Homicide and the decimating of grief services that had been provided by the state Office of the Medical Investigator. There’s nothing out there for families of murder victims let alone attempted murder victims or questionable suicides and undetermined deaths, Shirley said. At that point, we realized we needed to be doing this.

The women received a $37,952 grant from the federal Victims of Crime Act, held fundraisers, received donations, obtained nonprofit 501(c)3 status and in April opened an office on Lomas east of Eubank NE.

Sixty percent of Caristo’s $11-an-hour salary and all of Shirley’s 20-hour work week salary, paid at $12 an hour, is covered by the grant; the remainder of Caristo’s salary is paid for by NIA/NM.

So far, they have assisted 75 clients and are hoping for more as word spreads.

Sometimes, the best thing they do is just to be there. Eventually, many of our people come to a point where their families just don’t want to hear about the death anymore, Caristo said. They are told, Shouldn’t you be over this by now? But there is no timetable. Some people need to say the same things, go over the same details over and over. They need to cry, look at the photos, remember, feel.

Caristo and Shirley are willing to listen. Their shoulders are strong, and they are ready. 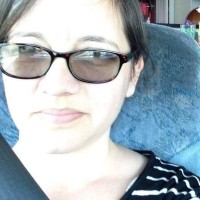